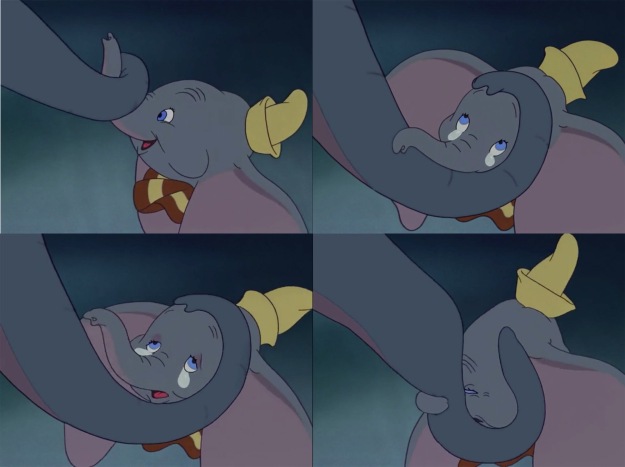 However, not everyone agrees on what great character animation is. Some think it can be achieved by following the Disney principles described in “The Illusion of Life” book. Others think Disney animation is generic and formulaic, and instead prefer the specific acting of Bob Clampett’s films. And others think great character animation can be found in many forms and places…as long as it is from American animation’s “Golden Age.”

And then there is anime. Anime does not seem to share the western preoccupation with character animation. There was a fascinating discussion about Hayao Miyazaki’s films on Michael Barrier’s website a while ago. In this paragraph, Barrier pretty much sums up anime from the western perspective:

“The downside of a preoccupation with effects is that everything in between turns into a sort of stuffing, the character animation in particular. In Miyazaki’s films it suffers from Japanese animation’s endemic reticence where the illumination of personality is concerned. This or that character may express extreme emotion, but always with the stylized extravagance of kabuki. Too many of Miyazaki’s characters—the doll-like heroes and heroines, the raw-boned comic-relief pirates and laborers—look and behave too much alike. I felt often in watching these films that Miyazaki was struggling dutifully to fill up the time until he could get back to what really interested him.”

This may sound ignorant or patronizing to anime fans. But is he really wrong? I’ve seen a fair amount of anime. The stories, ideas, and technical animation are often far more sophisticated than those of the Golden Age (let alone modern cartoons). I can see there is a wide variety of art styles, and I can even pick out some scenes done by certain unique and talented Japanese animators. However, I have not seen a lot of great Japanese character animation. 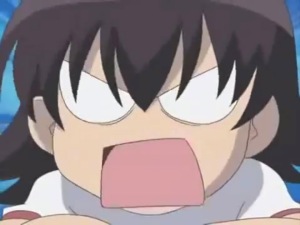 The stylized extravagance of kabuki.

At the Disney studio, action animators were considered to be a tier below the character animators. It appears to be the opposite in Japan: the best animators are given scenes with lots of action and/or technical animation. The “Sakuga” videos that showcase well-animated scenes in anime are almost always non-stop action.

Some scenes in anime do have moments of great character animation, but they tend to be overshadowed by other elements (the direction, music, staging, atmosphere, etc). It isn’t often that the character’s feelings are primarily conveyed by the animation itself. The only regular exceptions are comedy characters in old (60’s-70’s) anime and Lupin III. 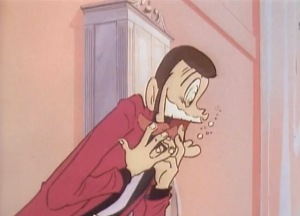 I’ve actually seen similar criticism leveled against Disney animation itself, especially the studio’s post-Golden Age features. Some people believe the character animation in these films is cold, formulaic, and overly technical, and that they are only carried by the music and atmosphere. It seems that even American animation has a difficult time living up to its own standards. 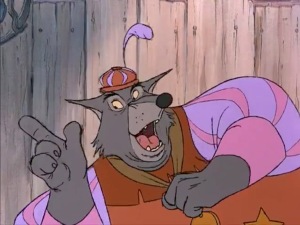 Robin Hood (1973) is often criticized for having formulaic character animation (among other problems).

Even so, I’d argue “yes.” I think there’s lots of untapped potential for character animation in anime. I’d be excited to see their unique take on it. Furthermore, I think the opportunities for character animation are much greater in Japan than they ever were during the Golden Age. As great as Bill Tytla’s and Rod Scribner’s animation was, they were limited to the formats they were working in (Disney’s strict sensibilities or WB’s comedy shorts). What if we could see the same sort of vivid characterization in other types of animated films? The closest we ever got was in Ralph Bakshi’s early movies, but the Golden Age veteran animators were long past their prime at that point.

“The mother of the small boy in Ponyo is a great example. We find her to be a loving mother due to her close proximity to her son. We find her to be stressed and stretched due to the physical business she is doing with her hands and from the strong English vocal dub. However, her face and body language do not tell us any more about her convictions. Without her voice and the “business” of story, the audience would not be able to see with clarity how she feels about her husband being away at sea, the stress of being a working single mother, etc.”

“Often times classic Hollywood animation had severe deficits in story and structure. But the best Hollywood animation (Snow White’s Dwarfs, Dumbo, etc) had strong character animation to put across emotional reality within a film. Miyazaki (and anime in a stereotypical and general sense) has strong story and weak characterization. If only we could find a happy middle ground…”